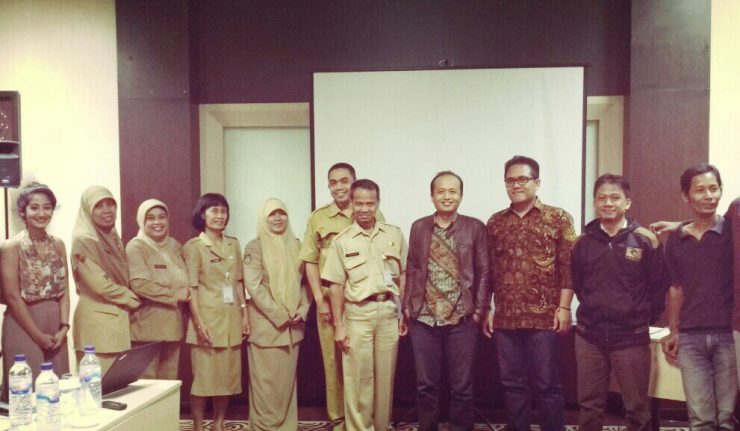 ELSAM, Solo- In general, being compared to other five regions which become the research locus of the Institute for Policy Research and Advocacy (ELSAM) in measuring the human rights performance of local government, Surakarta can be named as the best in terms of facilitation and infrastructure. This can be seen from the complete regulation or policy made at the local level in the effort of fulfillment and protection of human rights.

All the above policies are also supported by the working program of Kota Surakarta Mayor which he called as 3WMP “Waras, Wasis, Wareg, Mapan, dan Papan (health, education, full stomach, settled, and housing)”, which has been specified in Regional Mid-Term Development Planning (RPJMD) of Kota Surakarta 2016-2021. The vision, according to the Mayor FX Hadi Rudyatmo, is expected to fulfill all the basic needs of the society, starting from health, education, economy including the legal certainty in any sectors such as settlement and business.

In terms of health, for example, Kota Surakarta provides the Program for Kota Surakarta Community Health Maintenance (PKMS), used for the payment of aid receivers through BPJS scheme for the poor citizen. Moreover, to those who have not been registered as BPJS members, the local government will provide health aids taken from the APBD fund. “We will also build local hospitals in each sub district. It will draw on the health service, for both the citizen of Kota Surakarta and Solo Raya,” the City Mayor, FX Hadi Rudyatmo, said when ELSAM met him on 12 February 2017.

Similarly, in fulfilling the right to education, government also provided the Kota Surakarta Community Education Aid (BPMKS) which has three types: platinum, gold and silver, depending on the variety of aids received. The emerging note about the education is the transition of authority in the management of SMA/SMK, based on Law no 23/2014 on Local Government, which is transferred from district/city government to the provincial government. Thus, the new challenges also emerge in its management.

Other innovations created by local government of Kota Surakarta is related to the poverty eradication, which is the implementation of Regional Regulation on Poverty Eradication. The operationalization of the program is carried out by the Coordinating Team of Poverty Eradication, established from the level of city to village administrative government. The team update the poverty data every six months starting from the village level, through conducting survey and direct verification. There are 35 evaluation indicators whose results will further be processed and followed up by the Social Affairs’ Office (Dinsos).

With various policy and service program provided by the local government, “Surakarta has embraced the paradigm of welfare state, farther than the national government with its National Social Insurance System,” Ahmad Rifai from Kota Kita, an NGO in Surakarta which focuses on the urban development and right to city, said.